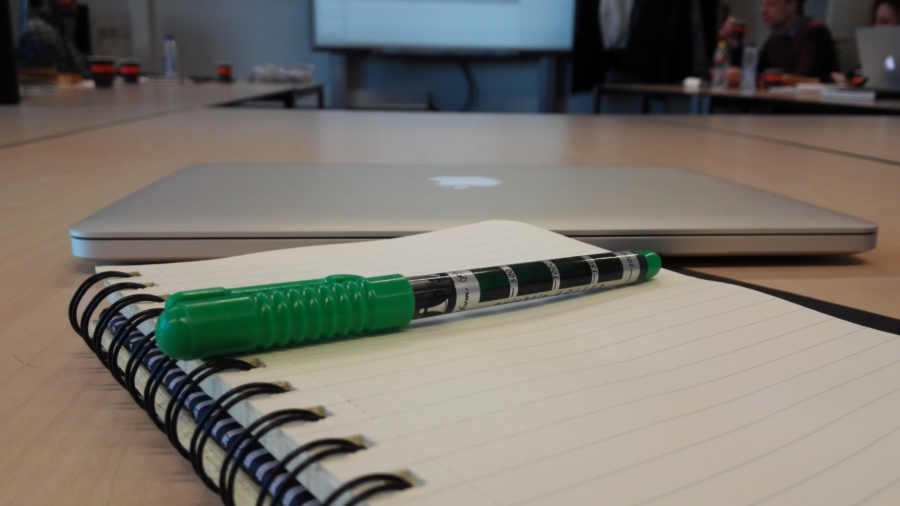 Both interaction- and visual design is conceptual work; it is a process from concept to solution. A process of elimination, feeling and believe that the solution, which you as a designer workout, contributes to the intended goal. But both interaction- and visual design, are two separate processes. In both processes you have to deal with, in varying degrees, rational and emotional thinking. An interaction designer tries to understand human behaviour. What happens if I click ‘here’? And a visual designer (graphic designer) tries to convert it to something that seems attractive.

There are many articles about the interaction- and visual design process, there are many design rules and there are many companies who are already working on this topic. For instance; Adobe for years has been working on a program to merge the process of interaction (making prototypes) and visual design together, without success they developed Adobe Catalyst. Now they are on their way with Adobe XD, but they still have a long way to go. The creators of Sketch also have been trying for years to merge the two processes of interaction and visual design, but they are not there either. Google probably came closest with their Material Design Rules, but unfortunately this is just a trend and will not stand the test of time. How is it that we still cannot connect these design rules properly?

In this research, there are a number of areas of tension that are interesting and need to be further investigated.

This is the first one and most obvious one. There are a few questions that need to be further investigated.

With this it all may come together. Because both the interaction-, the visual designer, the client and the end user are dealing with rational and emotional actions that can have an impact on the process. Why does this affect our actions and can we change this? And how does this all affect product and digital design?

Apart from these fields of tension it is very interesting to look at large companies and what they have already been doing to solve this problem. Before Adobe XD there was Adobe Catalyst that tried to bring interaction-, visual design and development together. However, this never really took off. Why not, and what can we learn from this? It is also interesting to take a closer look at how Google has made the Google Material Design rules. Because it looks like interaction- and visual design are coming together with these rules. How did they get to this point? Are these rules set up by the multiple disciplines and if so, how have they managed to bring these rules together? And a good question is; is it at all possible to bring these disciples together?

By building a bridge between interaction- and visual design it is possible to anticipate to the needs of the end user. Research will have to prove which design rules go together and which rules will not. In the end of this study I hope to find a perfect combination of design rules. Only in this way we can delivered an application, website or product with the needs and desires of both the clients and the end users.